Michael Braungart is a chemist and founder of the Environmental Protection Encouragement Agency (EPEA) in Hamburg. He has been lecturing at universities, businesses and institutions around the world since 1984 on critical new concepts for ecological chemistry, and is the recipient of numerous awards, honours and fellowships.

William McDonough is an architect and founding principal of William McDonough + Partners based in Virginia. In 1999, Time magazine recognised him as a 'Hero for our Planet', and in 1996 he received the Presidential Award for Sustainable Development, the highest environmental honour given by the United States. 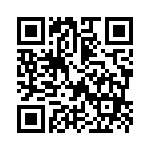