In this entertaining little book, historian Collins assembles information about 35 patriotic songs, including favorites such as "God Bless America" and "Yankee Doodle," along with marches ("Stars and ... Read full review

If you are going to write a book about the history of some of our most best-loved patriotic songs, be sure to include the lyrics to all the songs. Though Collins includes many versions of some songs ... Read full review

Ace Collins is the award-winning author of Stories Behind the Best-Loved Songs of Christmas, Turn Your Radio On, Lassie: A Dog's Life, and many other nonfiction books. He has appeared on CBS This Morning, NBC Nightly News, CNN, the Today Show, Good Morning America, and Entertainment Tonight. He lives in Texas. 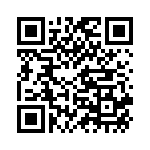