Apocryphal tales: with a selection of fables and would-be tales

To expect the unexpected is sound advice for readers of the late Czech writer, especially in the collection of stories at hand. As in his delightful Tales from Two Pockets (LJ 6/1/94), Capek deals ... Read full review

Karel Capek is best known abroad for his plays, but at home he is also revered as an accomplished novelist, short-story writer, essayist, and writer of political articles. His bitingly satirical novel The War with the Newts (1936) reveals his understanding of the possible consequences of scientific advance. The novel Krakatit (1924), about an explosive that could destroy the world, foreshadows the feared potential of a nuclear disaster. In his numerous short stories he depicts the problems of modern life and common people in a humorous and whimsically philosophical fashion. The plays of Karel Capek presage the Theater of the Absurd. R.U.R. (Rossum's Universal Robots) (1921) was a satire on the machine age. He created the word robot from the Czech noun robota, meaning "work" for the human-made automatons who in that play took over the world, leaving only one human being alive. The Insect Comedy (1921), whose characters are insects, is an ironic fantasy on human weakness. The Makropoulos Secret (1923), later used as the basis for Leos Janacek's opera, was an experimental piece that questioned whether immortality is really desirable. All the plays have been produced successfully in New York. Most deal satirically with the modern machine age or with war. Underlying all his work, though, is a faith in humanity, truth, justice, and democracy, which has made him one of the most beloved of all Czech writers. 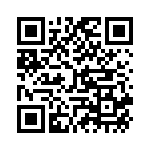