Stephen M. Kosslyn is Chair of the Department of Psychology and John Lindsley Professor of Psychology at Harvard University. A leading authority on the nature of visual mental imagery and visual communication, he has received numerous honors for his work in this field. His previous books include
Image and Mind, Wet Mind: The New Cognitive Neuroscience (with Koenig), and Psychology: The Brain, the Person, the World (with Rosenberg). 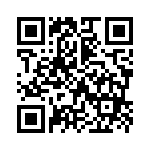