Philip Smallwood is Professor of English at the University of Central England and has written widely on Samuel Johnson and on the theory, practice and history of literary criticism. His books include Modern Critics in Practice (1990), Johnson Re-Visioned, an edited collection of new essays on Johnson (2001), and Reconstructing Criticism: Pope's 'Essay on Criticism' and the Logic of Definition (2003). He is the editor of Critical Pasts, a collection of essays on approaches to critical history, and co-editor of the unpublished manuscripts on critical and aesthetic themes of the British philosopher R.G. Collingwood. 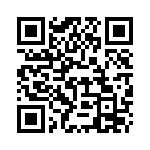