Page xvi - UNCTAD United Nations Conference on Trade and Development UNDP United Nations Development Programme UNEP United Nations Environment Programme UNESCO United Nations Educational, Scientific and Cultural Organization...
Appears in 326 books from 1946-2008
Page 140 - Europe and other parts of the globe are incalculable ; and it now becomes too manifest to admit of controversy, that the annihilation of the Smallpox, the most dreadful scourge of the human species, must be the final result of this practice.
Appears in 58 books from 1802-2007
More
Page 94 - Mycobacterium balnei, a new acid-fast bacillus occurring in swimming pools and capable of producing skin lesions in humans.
Appears in 55 books from 1947-2006
Page 123 - The effects of changing social organization on the infectious diseases of man. In The impact of civilization on the biology of man, ed.
Appears in 29 books from 1972-2006
Page 133 - Engineering, has been made a Companion of the Order of St. Michael and St. George (CMG), for...
Appears in 35 books from 1900-2007
Page 193 - Fenner, F., 1959. Genetic studies with mammalian poxviruses. II. Recombination between two strains of vaccinia virus in single HeLa cells. Virology 8, 499. Fenner, F., 1968, "The Biology of Animal Viruses,
Appears in 11 books from 1961-2006
Page 94 - Studies in the epidemiology of infectious myxomatosis of rabbits. VI. The experimental introduction of the European strain of myxoma virus into Australian wild rabbit populations.
Appears in 20 books from 1919-2007
Page 93 - FENNER, F. 1968. The biology of animal viruses. Vol. II. The pathogenesis and ecology of viral infections.
Appears in 9 books from 1926-2006
Page 193 - Can variola-like viruses be derived from monkeypox virus? An investigation based on DNA mapping. Bulletin of the World Health Organization (1985) 63 (4) 695-703 [En, fr] Chief, Mol. Virology Lab., VEHB, CDC, Atlanta, GA 30333, USA. The recovery of 6 strains of "whitepox...
Appears in 8 books from 1980-2006
Page 27 - School of Public Health and Tropical Medicine at the University of Sydney, and...
Appears in 31 books from 1944-2006
Less

Frank Fenner was born in Ballarat, Victoria in 1914. He read medicine at the University of Adelaide, receiving Bachelor of Medicine and Bachelor of Surgery degrees in 1938 and a Doctor of Medicine in 1942. He also received a Diploma of Tropical Medicine from the University of Sydney in 1940. Between 1940 and 1946 he served in Egypt and Papua New Guinea as an officer in the Australian Army Medical Corps, where he worked on the malarial parasite. After the war, he went to the Walter and Eliza Hall Institute of Medical Research in Melbourne, where he studied the virus that causes smallpox in mice. In 1949, on a fellowship at the Rockefeller Institute in New York, USA, he worked on tubercle bacilli. Returning to Australia in 1949, he was appointed Professor of Microbiology at the new John Curtin School of Medical Research at The Australian National University. Here he began studying viruses again, in particular the myxoma virus. He was interested in the balance between virus virulence and host resistance. Prof Fenner was Director of the John Curtin School from 1967 to 1973. During this time he was also Chairman of the Global Commission for the Certification of Smallpox Eradication. In 1973 Prof Fenner was appointed to set up the new Centre for Resource and Environmental Studies at ANU. He held the position of Director until 1979. Prof Fenner was elected to the fellowship of numerous faculties and academies, including Foundation Fellow of the Australian Academy of Science (1954), Fellow of the Royal Society (1958), and Foreign Associate of the United States National Academy of Sciences (1977). During his career, Prof Fenner received many awards. Among these are the Britannica Australia Award for Medicine (1967), the Australia and New Zealand Association for the Advancement of Science Medal (1980), the World Health Organization Medal (1988), the Japan Prize (1988), the Senior Australian Achiever of the Year (1999), the Albert Einstein World Award for Science (2000), and the Prime Minister’s Science Prize (2002). He passed away in late 2010. 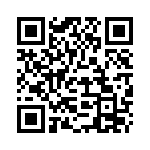