Oneworld has become one of the most successful publishers of books on world religions, fostering works that are remarkably thought-provoking without being pedantic or inaccessible. Their well ... Read full review

Klaus K. Klostermaier, Fellow of the Royal Society of Canada, is University Distinguished Professor in the Department of Religious Studies at the University of Manitoba in Canada. He lived and worked in India for over ten years, and has studied numerous sacred texts in their original languages. His many publications include the highly acclaimed A Survey of Hinduism (SUNY). 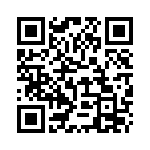