Page 7
CONTRIBUTO RS GLAUco CAMBON, in charge of courses of English Literature
at the Milan Scuola Interpreti, has translated several American authors (Dos
Passos, Faulkner, R. P. Warren, etc.), and written essays on them and on English
and ...
Page 19
Boileau among the French, and Couley among the English Wits, were those he
admired most» . Unfortunately Burnet does not specify Rochester's preferences
among the «Italian Wits». I suggest that one of them was probably Salvator Rosa,
...
Page 48
During meals, he would question us concerning our impressions, and evoke
episodes in the novels. He, who forgot his wife's name and the face of his
mistress, could remember all the English names of the characters of Dickens and
Scott who ... 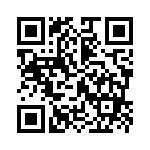