Page 67
We broke ground thips of war upon that station , and the on the evening of the 18th , opened our transports taken up for the purpose of con batteries on the 23d , and , before cwelve veying it to this place . The fieet arrived o'clock ...
Page 241
H. Dundas , the enemy from our own foldiers ( abouc from Major General Leigh , commanding this time a French officer had got over our his Majesty's troops in the West ladies , woks , and was taken prisoner ) ; and , nat Martinico , Jan.
Page 426
We have taken but the chace being an enemy's cruizer , I cupfix prisoners ; among them are the second sinued working towards her . By funset and third in command to Mr. Jossey , who our shot reached her ; and thortly after , commands ... 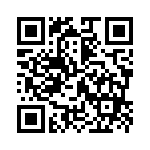