Page 35
It comes , among The conduct of adoring spirits , that throng Like diligent bees , and swarm about it . O they are wise , And know what sweets are suck'd from out it : It is the hive , By which they thrive , Where all their hoard of ...

Page 9 - Hail Mary, full of grace! the Lord is with thee: blessed art thou amongst women, and blessed is the fruit of thy womb, Jesus. Holy Mary, Mother of God, pray for us sinners now and at the hour of our death. Amen.
Appears in 319 books from 1812-2008
Page 110 - O thou undaunted daughter of desires ! By all thy dower of lights and fires ; By all the eagle in thee, all the dove; By all thy lives and deaths of love; By thy large draughts of intellectual day, And by thy thirsts of love more large than they ; By all thy...
Appears in 246 books from 1803-2007
More
Page 93 - Not in the evening's eyes, When they red with weeping are For the sun that dies, Sits sorrow with a face so fair; Nowhere but here did ever meet Sweetness so sad, sadness so sweet.
Appears in 110 books from 1810-2007
Page 114 - Amorous languishments, luminous trances; Sights which are not seen with eyes; Spiritual and soul-piercing glances, Whose pure and subtle lightning flies Home to the heart, and sets the house on fire And melts it down in sweet desire: Yet does not stay To ask the windows...
Appears in 105 books from 1820-2007
Page 104 - Each heavenly word by whose hid flame Our hard hearts shall strike fire, the same Shall flourish on thy brows, and be Both fire to us and flame to thee; Whose light shall live bright in thy face By glory, in our hearts by grace.
Appears in 103 books from 1857-2005
Page 105 - To him; put on, (he'll say,) put on (My rosy love) that thy rich zone Sparkling with the sacred flames Of thousand souls, whose happy names Heav'n keeps upon thy score. (Thy bright Life brought them first to kiss the light, That kindled them to stars).
Appears in 105 books from 1823-2005
Page 42 - Shall bless the fruitful Maia's bed, We'll bring the first-born of her flowers To kiss Thy feet, and crown Thy head. To Thee, dread Lamb ! Whose love must keep The shepherds, more than they the sheep. To Thee, meek Majesty ! soft King Of simple Graces and sweet Loves : Each of us his lamb will bring, Each his pair of silver doves : Till burnt at last in fire of Thy fair eyes, Ourselves become our own best sacrifice.
Appears in 142 books from 1822-2007
Page 39 - Poor World, said I, what wilt thou do To entertain this starry Stranger? Is this the best thou canst bestow ? A cold, and not too cleanly, manger? Contend, the powers of heaven and earth.
Appears in 142 books from 1851-2005
Page 100 - Scarce has she learnt to lisp the name Of martyr; yet she thinks it shame Life should so long play with that breath Which spent can buy so brave a death.
Appears in 132 books from 1803-2007
Page 36 - Fought against frowns with smiles ; gave glorious chase To persecutions ; and against the face Of death and fiercest dangers durst, with brave And sober pace, march on to meet a grave...
Appears in 92 books from 1835-2007
Less

Richard Crashaw was an English poet born in London in 1612. Crashaw was educated at Charterhouse in London and at Pembroke College, Cambridge, but his religious views ended his academic career. He went into exile in Holland and Paris. After converting to Roman Catholicism in 1646, he was introduced to the Pope who granted him an ecclesiastical post at the shrine of Loreto. Crashaw died there August 21, 1649. In 1634 his Latin epigrams, Epigramatum Sacorum, were published. His first English work was Steps to the Temple With Other Delights of the Moon, published in 1646 and expanded in 1648. The title was a tribute to George Herbert whose sacred verse, The Temple, was written in 1633. Herbert's puritan style was very different from that of Crashaw's sensuous imagery, exclamations, and loose structure. A revision of earlier religious poems, Carmen Deo Nostro was published after Crashaw's death. 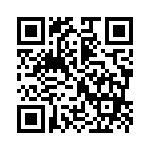