Page 46
lledwig. Gm luer. Hedwig, a German writer, of great authority, but whose
reputation depends chiefly upon his discoveries relating to the mosses, and his
new arrangement of that diflicult order of plants, followed the same career with
Duhamel, ...
Page 74
Pennant, one of the most celebrated and valuable of British zoological writers,
followed chiefly the classification of Ray. He does not treat of insects and worms,
but confines himself to the larger animals. This is the case, also, with Buffon, who
...
Page 276
He had a great predilection for poetry, and has left us a variety of poems, chiefly
in tin. But it is to his geometrical writings that he is chiefly indebted for his
celebrity. He was so fond of the science that he inscribed at the beginning of his
edition ... 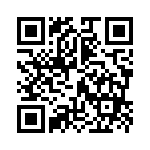