Page 77
That they accepted anyone, no matter how ugly or filthy, seems most unlikely
because they mixed with the cream of ... Tacitus, mentions no such incidents.37
Despite their acceptance, prostitutes were not held in high repute by the state.
Page 201
The new acceptance of sexuality, in turn, created two problems: fear of being
cuckolded and that of being impotent. ... As psychological compatibility slowly
became accepted as a prerequisite for marriage, punishment for nonmarital
sexual ...
Page 237
Increasingly, even though the laws did not change, leading thinkers and the
populace came around to a faltering acceptance of the notion of psychological
incompatibility. Locke accepted it, as has been noted, and Hume, while
ambivalent, ... 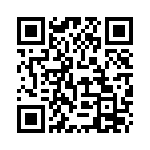