Page 121
Such doctrines , and such practices , were rejected , by the religion , which Mary professed ; such doctrines , and such practices , were allowed , were assumed , by the religion , which Murray professed , and protected .
Page 193
The example which he sets before his hearers is not that of his own conduct defective even in princi , ple , and in practice more defective still . It is the example of one who was " holy , harmless , undefiled , and separated from sin ...
Page 459
Such was the practice throughout the early part of the Revolution ; such also was the practice under Bonaparte ; and it was , says Count LANJUINAIS , without sufficient authority that the Bourbon ministry of 1815 decided that the ... 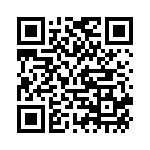