56 other sections not shown

Isaac Asimov was born in Petrovichi, Russia, on January 2, 1920. His family emigrated to the United States in 1923 and settled in Brooklyn, New York, where they owned and operated a candy store. Asimov became a naturalized U.S. citizen at the age of eight. As a youngster he discovered his talent for writing, producing his first original fiction at the age of eleven. He went on to become one of the world's most prolific writers, publishing nearly 500 books in his lifetime. Asimov was not only a writer; he also was a biochemist and an educator. He studied chemistry at Columbia University, earning a B.S., M.A. and Ph.D. In 1951, Asimov accepted a position as an instructor of biochemistry at Boston University's School of Medicine even though he had no practical experience in the field. His exceptional intelligence enabled him to master new systems rapidly, and he soon became a successful and distinguished professor at Columbia and even co-authored a biochemistry textbook within a few years. Asimov won numerous awards and honors for his books and stories, and he is considered to be a leading writer of the Golden Age of science fiction. While he did not invent science fiction, he helped to legitimize it by adding the narrative structure that had been missing from the traditional science fiction books of the period. He also introduced several innovative concepts, including the thematic concern for technological progress and its impact on humanity. Asimov is probably best known for his Foundation series, which includes Foundation, Foundation and Empire, and Second Foundation. In 1966, this trilogy won the Hugo award for best all-time science fiction series. In 1983, Asimov wrote an additional Foundation novel, Foundation's Edge, which won the Hugo for best novel of that year. Asimov also wrote a series of robot books that included I, Robot, and eventually he tied the two series together. He won three additional Hugos, including one awarded posthumously for the best non-fiction book of 1995, I. Asimov. "Nightfall" was chosen the best science fiction story of all time by the Science Fiction Writers of America. In 1979, Asimov wrote his autobiography, In Memory Yet Green. He continued writing until just a few years before his death from heart and kidney failure on April 6, 1992.

Paul Kurtz was born on December 21, 1925. He received a bachelor's degree from New York University and a master's degree and doctor of Philosophy degree from Columbia University. During World War II, he served in the United States Army and helped liberate the Dachau concentration camp in 1945. He was a philosopher who focused on fighting prejudice against people who reject belief in a god and promoting a non-religious stance in life. He wrote or edited more than 50 books on ethics without religion, critiques of religion and the paranormal, and on skepticism, or the challenging of received wisdom. His works include The Transcendental Temptation, Forbidden Fruit: The Ethics of Secularism, The Courage to Become, Multi-Secularism: A New Agenda, and What is Secular Humanism? He founded the journal Free Inquiry and the secular humanist Center for Inquiry. He also taught at numerous universities including the State University of New York at Buffalo and Vassar. He died on October 20, 2012 at the age of 86.

A respected planetary scientist best known outside the field for his popularizations of astronomy, Carl Sagan was born in New York City on November 9, 1934. He attended the University of Chicago, where he received a B.A. in 1954, a B.S. in 1955, and a M.S. in 1956 in physics as well as a Ph.D. in 1960 in astronomy and astrophysics. He has several early scholarly achievements including the experimental demonstration of the synthesis of the energy-carrying molecule ATP (adenosine triphosphate) in primitive-earth experiments. Another was the proposal that the greenhouse effect explained the high temperature of the surface of Venus. He was also one of the driving forces behind the mission of the U.S. satellite Viking to the surface of Mars. He was part of a team that investigated the effects of nuclear war on the earth's climate - the "nuclear winter" scenario. Sagan's role in developing the "Cosmos" series, one of the most successful series of any kind to be broadcast on the Public Broadcasting System, and his book The Dragons of Eden (1977) won the Pulitzer Prize in 1978. He also wrote the novel Contact, which was made into a movie starring Jodie Foster. He died from pneumonia on December 20, 1996. 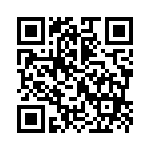