The colossal P. T. Barnum reader: nothing else like it in the universe

James W. Cook is an associate professor of history and American culture at the University of Michigan. He is the author of The Arts of Deception: Playing with Fraud in the Age of Barnum. 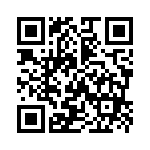