Ali Soufan, a former FBI special agent, served on the front lines against al-Qaeda and gained an international reputation as a top counterterrorism operative and interrogator. He has been profiled in The New Yorker and featured in books, newspaper articles, and documentaries around the globe.

'He's the special agent who came in from the cold...the most successful U.S. interrogator of Al-Qaeda operatives...Soufan was involved in a string of crucial investigations and interrogations, from the Millennium Bombing plot in Jordan to the U.S.S. Cole bombing in Yemen and a number of Gitmo interrogations. His greatest success was the interrogation of Abu Jandal, bin Laden's former bodyguard'
Bobby Ghosh, Time

'After the 1998 embassy bombings,Soufan helped assemble the initial evidence linking them to Bin Laden. Soufan's language skills, his relentlessness, and his roots in the Middle East made him invaluable in helping the FBI understand Al Qaeda, an organization that few Americans were even aware of before the embassy bombings'
Lawrence Wright, New Yorker 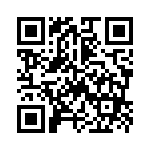