Page 13
Moreover , fans made of peacock feathers were regularly used in the courtrooms
of many rulers all across the country , including the imperial Mughals . There was
even a popular belief then that after death the human soul travels to its ...
Page 14
TI 12 However , after being deprived of the original peacock throne , the later
Mughal Emperors , right till the deposition of Bahadur Shah in 1857 , are said to
have used a silver peacock throne , which was , of course , a mere shadow of the
...
Page 15
Perhaps one reason is that Indian literature in virtually all languages and dialects
, starting from Sanskrit , is replete with references to the peafowl , particularly the
peacock , in adorable terms and in a manner that no other bird or animal has ... 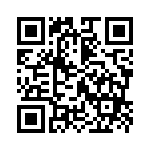