Dickens was paid by the word by the magazines who first published his stories in serial form. Of course, he was verbose, it meant a better income, so settle back and prepare for a lesson in usage of ... Read full review

Really quite wonderful - almost a shame I put it off so long (although that meant I was able to enjoy it now for the first time). I have an aversion to most of Dickens' waifs, but Nell is off stage ... Read full review

Charles Dickens, perhaps the best British novelist of the Victorian era, was born in Portsmouth, Hampshire, England on February 7, 1812. His happy early childhood was interrupted when his father was sent to debtors' prison, and young Dickens had to go to work in a factory at age twelve. Later, he took jobs as an office boy and journalist before publishing essays and stories in the 1830s. His first novel, The Pickwick Papers, made him a famous and popular author at the age of twenty-five. Subsequent works were published serially in periodicals and cemented his reputation as a master of colorful characterization, and as a harsh critic of social evils and corrupt institutions. His many books include Oliver Twist, David Copperfield, Bleak House, Great Expectations, Little Dorrit, A Christmas Carol, and A Tale of Two Cities. Dickens married Catherine Hogarth in 1836, and the couple had nine children before separating in 1858 when he began a long affair with Ellen Ternan, a young actress. Despite the scandal, Dickens remained a public figure, appearing often to read his fiction. He died in 1870, leaving his final novel, The Mystery of Edwin Drood, unfinished. 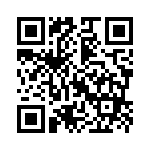