13 pages matching merchant in this book

Ovid (43 BC-17 AD) is one of the three canonical poets of Latin literature, alongside Virgil and Horace. Christopher Marlowe (1564-1593) was an English dramatist, poet, and translator. Auguste Rodin (1840-1917) was a French artist and sculptor best known for his depictions of the human body.

Roma Gill, the series editor, has taught Shakespeare at all levels. She has acted in and directed Shakespeare's plays, and has lectured on Shakespeare all over th 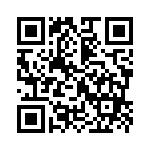