Page 37
It is true that , as elsewhere , the political faith of the party has broadened
considerably , and their 1946 presidential candidate , Dr E . Cruz Coke , probably
represents the most enlightened wing of a party which still has its share of
reactionary ...
Page 38
They are so numerous that only the larger party units will be mentioned . * In
1921 , the Communist Party was formed , and its rapid growth in the fertile soil of
the industrial labour force of Santiago , the Lota coalfield , and the northern
mining ...
Page 39
( Socialist ) 12 , 114 indicate a position of approximate stalemate between Left
and Right , with the balance probably in favour of parties of the Left . There is little
inclination , however , for the numerous parties to coalesce into this two - party ... 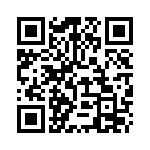