Page 178
Of the former he says , that the first six treated of men , the second six of places , the third of the seasons , and the fourth of things ; but that the remaining one , which makes up the number twenty - five , and which he says treats ...
Page 179
In comedy we are greatly deficient , says Quintilian , though Varro is of the same opinion with Elius Stolo in asserting , that if the muses were to speak in Latin , they would make use of the language of Plautus . 17.
Page 482
From these compliments to our industry and ingenuity as individuals , M.SAY returns , with all the indignation of a political economist , to a second attack on the wastefulness of govern- ment . All our efforts , he says , cannot ... 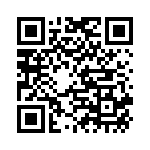