Page 361
Customarily , and frequently , the Gamesters play at farthing , half - penny , or penny Gleek , which will amount to a prettie considerable summe , if they continue the Game ; and if they please , they may play higher ; as at four ...
Page 362
Next , you speak for the Ruff ; and he that has most of a suit in his hand , wins it , unless some of the Gamesters have four Aces , and then he gains the Ruff ; though you have fourscore of a suit in your hand .
Page 366
For the purpose of the Ruff , the four Aces , when together , are regarded as being equal to a suit of twelve cards . The longest suit that is shown wins ; and if the number of cards in the Ruffs of two or more players be equal ... 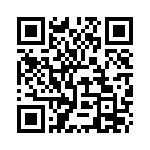