William Kunstler was the most famous radical lawyer of his time, representing among many, the Chicago Seven, the Attica prisoners, Martin Luther King Jr., and Malcolm X. He died in 1995. 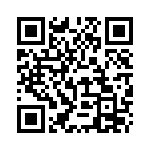