Page viii
William Butler Yeats, from The Poems of W. B. Yeats: A New Edition, edited by
Richard J. Finneran. Copyright 1916, 1924, 1933, 1935 by Macmillan Publishing,
renewed 1944, 1952, 1961, 1963 by Bertha Georgie Yeats. Copyright 1940 by ...
Page 72
Particularly in the poems of Yeats and Thomas, the refrain often represents these
mental patterns and ratiocinative processes. But, as mentioned above, the
ultimate value of engagement in speech is certainly not unassailable. For where
such ...
Page 82
Refrains of this sort, or very like it, occur again and again in Yeats's work,
particularly in the later poems. In many, the stanzaic subject of discussion is
dropped or ignored, or a refrain response that is at first pertinent becomes ironic
or comically ... 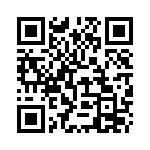