Page 177
... I having , as it were , secured began to wonder . to myself a rare and enviable
He had passed most of his - specimen . youth , I learned , in the personal Later
on he became a paid service of a series of German , member of the District staff .
Page 219
This natural Half an hour later the skipper wonder is regarded with awe ran us on
to the beach farther by the natives , and when along and told us that we had
Hogarth visited the place in reached Kemer . I looked round , the eighties he was
...
Page 438
his own thoughts made him “ And never ought , ” Brown read out from an old
hand- said grufily , shuffling uneasily written exercise book , somehow on his feet
. fallen among the lumber , this “ I wonder , Brown , I wonder . " verse which his ... 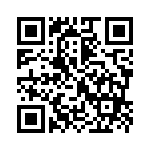