Page 2
... the beauties of which could not secure it from the criticism of Ben Jonson , whose malignity appears to have been more than equal to his wit .
Page 6
Independent of the magick of this comedy , and all that concerns Miranda , Ariel , and Caliban , the plot , as appears from this slight sketch of it ...
Page 8
... hour of distress is brought to the cell of the man whom he had highly injured aud contributed to banish ; all these circumstances , I say , appear to me ...
Page 10
... appears to have dwelled on the poet's mind ; and hence perhaps the mention of Carthage and Dido in the second Act of his comedy .
Page 14
... current notions prevalent in his own time respecting the Devil and the Powke or Robin Goodfellow , as appears from various passages in this comedy * .
Next » 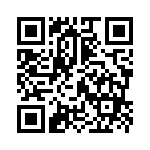