Best known for the novels Brighton Rock, The Power and the Glory , and The Heart of the Matter , Greene wrote over 40 books before his death in April 1991 and throughout his life was one of England's ... Read full review

Born in 1904, Graham Greene was the son of a headmaster and the fourth of six children. Preferring to stay home and read rather than endure the teasing at school that was a by-product of his father's occupation, Greene attempted suicide several times and eventually dropped out of school at the age of 15. His parents sent him to an analyst in London who recommended he try writing as therapy. He completed his first novel by the time he graduated from college in 1925. Greene wrote both entertainments and serious novels. Catholicism was a recurring theme in his work, notable examples being The Power and the Glory (1940) and The End of the Affair (1951). Popular suspense novels include: The Heart of the Matter, Our Man in Havana and The Quiet American. Greene was also a world traveler and he used his experiences as the basis for many books. One popular example, Journey Without Maps (1936), was based on a trip through the jungles of Liberia. Greene also wrote and adapted screenplays, including that of the 1949 film, The Third Man, which starred Orson Welles. He died in Vevey, Switzerland in 1991. 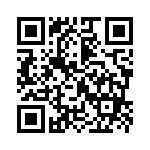