WAR WOMEN AND THE NEWS: How Female Journalists Won the Battle to Cover World War II

The newsroom in the 1920s and '30s was a man's world. Women were seen as too fragile to cover anything but childcare, fashion, beauty and health. But with the Great Depression came a role for women ... Read full review

Excelent photograps and clear concise writing do not save this book form its flaws. The photographs and the writing when placed together on the same page often leave the reader confused as to which ... Read full review

Catherine Gourley is an award-winning author and editor of numerous books for children and young adults, including Society's Sisters: Stories of Women Who Fought for Social Justice in America; Good Girl Work: Factories, Sweatshops, and How Women Changed Their Role in the American Workforce; and Wheels of Time: A Biography of Henry Ford. At present, Gourley is the director of Letters About Literature, a national reading-writing promotion program at the Center for the Book in the Library of Congress. She is also the curriculum writer for the Story of Movies, an educational outreach program on film study and visual literacy in the middle school developed by the Film Foundation in Los Angeles. She lives with her husband, Dennis, in Dallas, Pennsylvania. 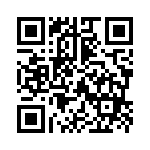