Page 19
Many of these examples involve some denial of the value of skill, resourcefulness
, rationality, knowledge, control, or freedom of choice. ... See, for example, T. C.
Schelling, “American Foreign Assistance,” World Politics (July 1955), pp. 614–15.
Page 67
In bargains that involve numerical magnitudes, for example, there seems to be a
strong magnetism in mathematical simplicity. A trivial illustration is the tendency
for the outcomes to be expressed in “round numbers”; the salesman who works ...
Page 169
A “scenario” might, for example, identify one of the players as “aggressor”; it
might give the outcomes of previous plays of the same game by other players; it
might give a background story that would tend to identify some particular division
of ... 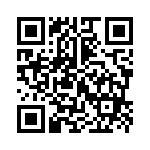