Harish Khare is a journalist with over three decades of professional experience. A trained political scientist with a PhD from Yale University, Khare is highly regarded as an insightful observer of Indian politics. He has worked for The Hindu, the Times of India and Hindustan Times, and his journalistic writings have been published in the New York Times, New Statesman, the Indian Express, Outlook, India Today, Open and Hardnews. Khare was also Media Advisor to Prime Minister Manmohan Singh between June 2009 and January 2012. He lives in Delhi.' 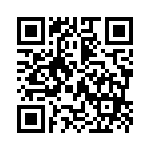