Patricia Morely, one of Patrick White's early critics, wrote that "Out of tension and the many selves came the work that made White the greatest novelist writing in English in the twentieth century." While some might disagree with this assessment, no one could truthfully argue with White's great achievement. His twelve novels, written over nearly 50 years, focus again and again on spiritual longing. White sifts the human race into one part practical, the other impractical. The practical people settle into a life of doing, and the impractical ones---the visionaries---reach for a life of being. But in human terms even the visionaries fail to satisfy their longing for spiritual understanding. Their quest is never complete, for the novels maintain a nervous, unsettled energy, failing in their open endings to reach the completeness of understanding for which they strive so hard. White's writing style is cohesive with this central theme of the movement toward being. Although the stylistic elements have been criticized, especially the tortured syntax, they must be accepted and appreciated as inseparable from which is being said. For White's language struggles, too, and sometimes fails, along with the characters and their actions. Finally, the novels are not all solemnity but record as well the comic side of the irrational and illogical world in which men and women are placed to seek some sort of meaning. A fifth-generation Australian from a wealthy landowning family, White was educated in England, served in World War II, and then settled in Sydney, where he wrote his major novels. Always fascinated by the theater, he also wrote several plays, but they never met with the success his fiction has and have not been produced outside Australia. White's initial reputation was made in the United States and Europe, where his work first received publication. Few Australian critics recognized the greatness of these novels, which would alter the face of Australian literature. Although most of White's work is set in Australia, he handled the traditional materials in new ways, turning away from the realistic tradition of Australian fiction and moving into metaphysical realms. Once White received the Nobel Prize, the first writer of the British Commonwealth to be so honored, the resistance in Australia toward his work largely faded. Yet he remains an international figure. His work has been translated into many languages, and the abundant criticism that continues to appear comes from all parts of the world. 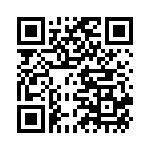