Page 97 - And they took their journey from Elim, and all the congregation of the children of Israel came unto the wilderness of Sin, which is between Elim and Sinai, on the fifteenth day of the second month after their departing out of the land of Egypt.
Appears in 384 books from 1730-2008
Page 313 - And it shall come to pass, that from one new moon to another, and from one sabbath to another, shall all flesh come to worship before me, saith the Lord.
Appears in 703 books from 1708-2008
More
Page 15 - I go to the Israelites and say to them, 'The God of your fathers has sent me to you,' and they ask me, 'What is his name?
Appears in 433 books from 1808-2008
Page 83 - And it came between the camp of the Egyptians and the camp of Israel : and it was a cloud and darkness to them, but it gave light by night to these ; so that the one came not near the other all the night.
Appears in 467 books from 1694-2008
Page 159 - And Moses came and told the people all the words of the LORD, and all the judgments: and all the people answered with one voice, and said, All the words which the LORD hath said will we do.
Appears in 412 books from 1705-2008
Page 127 - For in six days the Lord made the heavens and the earth, the sea, and all that is in them, but he rested on the seventh day. Therefore the Lord blessed the Sabbath day and made it holy.
Appears in 329 books from 1847-2008
Page 69 - And ye shall take a bunch of hyssop, and dip it in the blood that is in the basin, and strike the lintel* and the two side posts with the blood that is in the bason ; and none of you shall go out at the door of his house until the morning.
Appears in 371 books from 1730-2008
Page 121 - And the Lord came down upon Mount Sinai, to the top of the mountain; and the Lord called Moses to the top of the mountain, and Moses went up.
Appears in 100 books from 1844-2008
Page 31 - And I have also established my covenant with them, to give them the land of Canaan, the land of their pilgrimage, wherein they were strangers.
Appears in 465 books from 1715-2008
Page 125 - ... of those who love me and keep my commandments.
Appears in 201 books from 1830-2008
Less

Dr. Stanley M. Wagner, z l, was Rabbi of the Beth HaMedrosh HaGadol Congregation in Denver, Colorado, for twenty-five years, during which time he was also a professor of the Center for Judaic Studies at the University of Denver, as well as Founding Director of the Mizel Museum in Denver. He wrote, co-authored, edited, or co-edited fifteen volumes, including the five-volume Onkelos on the Torah, A Piece of My Mind, Traditions of the American Jew, Great Confrontations in Jewish History, and Great Schisms in Jewish History. He was also general editor of a six-volume series entitled Christian and Jewish Traditions in the 20th Century. Professor Wagner received six degrees of higher learning from Yeshiva University, including a doctorate in Jewish history. Before his recent demise, he resided in Jerusalem. 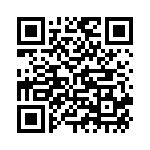