Dr. Kevin Moore is the founding director of the National Football Museum (the world's leading football museum) and now serves in a research capacity at the Museum. He is on the editorial board of the world-leading academic journal for football, Soccer and Society, and holds key roles at the International Football Institute, the Chinese Football Museum and Indian Sports Museum. 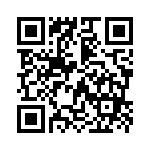