Page 95
Those are French citizens be divided equally among all the who are born in
France , of a citizens , in proportion to their French father ; who , having been
means . born in France of a foreign father , III . That the same crimes shall have
fixed their ...
Page 211
Manifesto of the French Nation , decreed ploying force against rebels , who , by
the National Alsembly , December from the bosom of a foreign land , 29 , 1791 ,
and ordered to be deli- threaten to tear their country in vered by the Ministers to
all ...
Page 218
... and consequently upon his ac - which I have caused to be given ceptance of
the conftitution , and by my government at Bruffels to the acts which followed as
valid . the agent of the French emigrants , He hopes that the said acceptance
prove ... 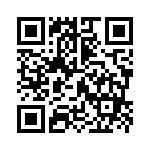