William M. Mahoney, PhD, is associate professor and chair of the Department of History and International Studies at West Virginia Wesleyan College in Buckhannon. WV. 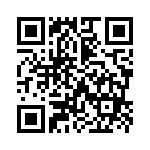