Dr K Ratnabali is a faculty member in the Faulty of Law, University of Delhi since 2004. She has taught international humanitarian law and its correlation with Human Rights in the University for more than 15 years. She has also been teaching Ph D scholars and LL M students the Research Methodology. Her research areas also include indigenous peoples’ right to land and their sacred natural spaces, rights of nature etc. Prior to joining the teaching profession in the University of Delhi, she had interned with the office of the United Nations High Commissioner for Refugees, New Delhi and State Human Rights Commission, Manipur.

Dr U C Jha, a former Wing Commander, has extensive field and academic experience in international humanitarian law, military law and human rights law. He has been teaching these subjects since last two decades. His work comprises 24 books and over 120 articles published in various journals and newspapers. His recent books include, The Evolution of Military law in India; Ethics in the Indian Military; Killer Robots: Lethal Autonomous Weapon Systems: Legal, Ethical and Moral Challenges; Human Rights in the Indian Armed Forces: An Analysis of Article 33 of the Constitution; The Law of Armed Conflict; and Child Soldiers: Practice, Law and Remedies. 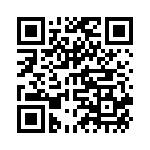