So yesterday night I came home late and bought Karan Johar’s book “An Unsuitable Boy” and started reading it. I am a film buff so I know a lot about him, but still, I was apprehensive about what it would be about. To my surprise, I found it to be a great read.
To me, it feels right that now I know Karan Johar as my next-door neighbour. The book is nicely written in a linear timeline and you won’t have a problem finishing it at one reading.
One of the reasons I liked this book was because the stories that are written in the book are very familiar to me. I have grown up with those stories and I know all the people Karan knows, be it Shahrukh Khan or Kajol or Aditya Chopra, even Amitabh Bachchan and Yash Johar.
They are all buddies of Karan but at times it appears like you were there too and they are your buddies as well.
I have grown up watching movies by Karan Johar and I always loved his films. Disclaimer — Not recent ones. I think the “K” letter fixture worked for him despite the supernatural tag attached with it. I believe that it was his strong belief and it worked because he started his film with a premise that if he starts his film with the letter “K” his films won’t flop.
The belief worked in his favour and all his films before “My name is Khan” were big hits in India but now he makes most of his money from the international market. I think he should go back to his belief of suffixing every title of his movie with “K”.
As a matter of fact, he stopped believing in the supernatural letter Fixation after watching RajKumar Hirani’s Brilliant film “Munnabhai MBBS” which he thought was a great film despite its weird name. I want to say to him that if something works for someone else then it doesn’t mean it would work for him as well. Everyone has their own sets of beliefs and the need to stick with it.
There were so many things that I believe he has assumed about life. Like about being was filthy rich and having a comfortable life. I don’t think he has ever seen any poverty so to him he was a poor kid growing up in south Bombay whose father worked owned business as well as was a producer of Hindi films and knew every who's who of the industry. But it was not his mistake.
He was a pampered child who was exceptionally talented and had access to good people around him. Well, he was rich but to his own standards, he was middle class, probably because he hadn’t seen the middle class.
In the book, he talks about his love for Shahrukh Khan and Aditya Chopra. It really moved me. I was really emotional reading what he thinks about Aditya Chopra.
He was a mentor cum friend for him who was always there for him. There was an interesting anecdote about Shahrukh Khan he shares, actually, there were many but here is the one that I liked most.
When Karan was getting underworld threats and was told he might be attacked on the night of his film’s premiere, he decided not to come out and hid himself in a room. Shahrukh came and forcefully took him to the premiere. He told him that nothing would happen and he has to attend his first film’s premiere.
Though out the event, Shahrukh was in front of him to prove to him that if they shoot bullet it would first hit him. That, my friends, is Shahrukh Khan for you. There is a reason why Karan Johar values Shahrukh Khan so much.
I am also a big Shahrukh Khan Fan so I can connect with him on that.
Karan I guess is a person who really wants people to be really close to him. it appears that he is very possessive about people he likes and expects the same from them. He is desperate to have closeness and rarely gets any because kind of closeness that he expects only comes from blood relations. Being the only child I believe he misses having an elder brother or a kid sister or cousins he could blindly trust. I can understand that because I don’t have a sister.
When I was a kid, I would see other kids playing with their sisters and at that time I really wanted a sister in my life and would be always

you are a unsuuutable boy

KARAN JOHAR is one of the leading directors, producers and writers in the Hindi film industry. He is the son of a much-respected film producer, Yash Johar, who set up Dharma Productions in 1976 (when Karan was just five years old); Karan took over his father's legacy following his death in 2004. Over the years, he has built Dharma into a powerful, influential and flourishing entity. Karan began his tryst with filmdom in 1995 as an assistant to filmmaker Aditya Chopra on the sets of Dilwale Dulhania Le Jayenge (1995). Subsequently, Karan made his debut as director with Kuch Kuch Hota Hai (1998), which went on to become a blockbuster. He has directed six major films and produced over twenty, all starring some of the biggest names in Bollywood. He recently made his first appearance as actor, in Anurag Kashyap's Bombay Velvet (2015). Most of his films have won several awards; he himself has won Best Director award several times. Karan has tackled all sorts of compelling themes in his films, from family values (Kabhi Khushi Kabhie Gham) and infidelity (Kabhi Alvida Na Kehna) to autism and religious prejudice (My Name Is Khan) and homosexuality (Bombay Talkies). The multitalented Karan also began a celebrity chat show on TV in 2004, Koffee with Karan, which became a runaway hit. There have been four seasons till now and it is one of the most-watched shows, routinely making headlines. He has dabbled in fashion design, and even done the costumes for films such as Dilwale Dulhania Le Jayenge, Mohabbatein and Dil To Pagal Hai. An extremely popular and well-liked member of the film fraternity, Karan has come to be regarded as a spokesman of the industry. In 2007, he was chosen as one of 250 Global Young Leaders by the World Economic Forum.

POONAM SAXENA is a journalist with Hindustan Times, where she is the editor of the Sunday magazine. She did her BA and MA in history from St. Stephen's College, Delhi, and went on to do an MPhil from Delhi University. She has been a journalist for almost twenty years, first as a freelancer and then as features editor with newspapers such as the Asian Age. She wrote a popular TV review column in the Hindustan Times called 'Small Screen' for almost ten years. She recently translated Gunahon ka Devta, acclaimed Hindi writer Dharamvir Bharati's iconic 1949 novel into English (Chander & Sudha, Penguin Viking); the translation has received glowing reviews. 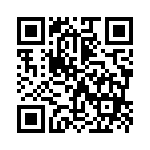