This increasingly influential book advocates a view of the Earth as a single, self-regulating organism, with the non-living environment being described as intimately related to and even regulated by the living biosophere. Read full review

create, i love it

James Lovelock is the originator of the Gaia Hypothesis (now Gaia Theory). His books include Gaia: a new look at life on Earth (OUP, 1979); The Ages of Gaia (WW Norton, 1988); Gaia: the practical science of planetary medicine (Gaia Books, 1991), and The Revenge of Gaia (Allen Lane/Penguin 2006). He was elected a Fellow of the Royal Society in 1974 and in 1975 received the Tswett Medal for Chromatography. Earlier he received a CIBA Foundation Prize for research into Ageing. In 1980 he received the American Chemical Society's award for Chromatography and in 1986 the Silver Medal and Prize of the Plymouth Marine Laboratory. In 1988 he was a recipient of the Norbert Gerbier Prize of the World Meteorological Organization, and in 1990 was awarded the first Amsterdam Prize for the Environment by the Royal Netherlands Academy of Arts and Sciences. In 1996 he received the Volvo Prize for the Environment and in 1997 the Blue Planet Prize. 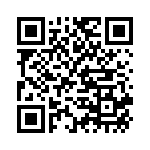