Page 27
Here , it is said , he larly in logic , which Zeno , as he tells gave the first proof of those shining us , calls a close and contracted elotalents , which afterwards made him quence , as he called eloquence an enillustrious .
Page 88
The best to be said for called me Trim , as when they called him he has said for himself , that he me James Butler ; and for my own merely “ showed what was usually part , said my uncle Toby , though I concealed .
Page 341
While my two years service disclosed little that can be called either romantic or poetic , I shall try and tell something about it , which may interest those of my read ers , at least , who know nothing of the routine of a man - of ... 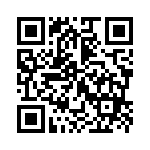