O. R. DATHORNE is Professor of English at the University of Kentucky. He directs the Association of Caribbean Studies and has been the editor of the Journal of Caribbean Studies for two decades. He is a Fellow of the Royal Society of Arts and a Fellow of the Royal Society of Economics. He is the author of more than one hundred learned articles, short stories, poems, plays, and scholarly works, including The Black Mind, Dark Ancestor, In Europe's Image: The Need for American Multiculturalism, Imagining the World: Mythical Belief versus Reality in Global Encounters, and Asian Voyages: Two Thousand Years of Constructing the Other. 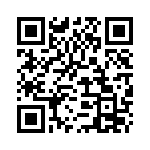