I have a Ph.D. in linguistics, but I have never been particularly comfortable with syntax, especially Chomsky's minimalist programme and transformational grammar, which I'm not sure I theoretically ... Read full review

Groundbreaking book explaining transformational-generative grammar. Very exciting, albeit difficult, read early in my grad school years. As much as I came to disagree with Chomskyan theory, he really ... Read full review

Page 3 - Linguistic theory is concerned primarily with an ideal speakerlistener, in a completely homogeneous speech-community, who knows its language perfectly and is unaffected by such grammatically irrelevant conditions as memory limitations, distractions, shifts of attention and interest, and errors (random or characteristic) in applying his knowledge of the language in actual performance.
Appears in 511 books from 1657-2008
Page 4 - Observed use of language or hypothesized dispositions to respond, habits, and so on, may provide evidence as to the nature of this mental reality, but surely cannot constitute the actual subject matter of linguistics, if this is to be a serious discipline.
Appears in 39 books from 1899-2008
More
Page 4 - A fully adequate grammar must assign to each of an infinite range of sentences a structural description indicating how this sentence is understood by the ideal speaker-hearer.
Appears in 32 books from 1958-2005
Less

Noam Chomsky is Institute Professor and Professor of Linguistics (Emeritus) at MIT and the author of many influential books on linguistics, including Aspects of the Theory of Syntax and The Minimalist Program, both published by the MIT Press. 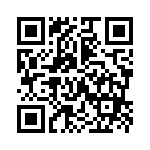