Page
LETTERS gun bisulphite sequencing of the Arabidopsis me reveals DNA
methylation patterning okus ' * , Suhua Feng1,2 * , Xiaoyu Zhang ' † , Zugen
Chen » , Barry Merriman , Christian D. Haudenschild “ , adhan , Stanley F.
Nelson , Matteo ...
Page
Interestingly , most methylation occurred at For example , we found that the
boundary between tandem repeats sine in the third position ( Fig . le ) . and
flanking DNA showed a sharp drop in methylation , but DNA single - base
resolution of BS ...
Page
As We used BS - Seq to study the genome - wide effects of a variety of the
expected , CG methylation on one strand was highly correlated with Arabidopsis
methyltransferase mutants on DNA methylation ( Fig . 41 CG methylation on the ... 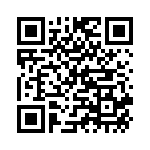