Page 25
Along with this double tradition, India was invaded by a foreign language,
Persian, which soon became the aşoiâârâűâűnaissa joinisłońaasa, a :::::::::::::::::::::
:::::::#; ganisłągllofagusso Łfātīāīānāsēonse gagăo oiážāftāfīrāsāāsīsārāśāślą ...
Page 16
It is a composite inheritance — from Greek, Persian, Indian, Central Asian,
Chinese and Roman. The Hindu ... When the Arabs Overthrew the Sassanian
Dynasty of Persia in the 7th century, they imposed a puritanical Islam on the
conquered.
Page 18
The influence was Persian and Central Asian. The Mughals brought both, but
more of the Central Asian elements (i.e. the traditions of Samarkand and Bukhara
). However, the Sultanates, which preceded the Mughals, were not puritanical. 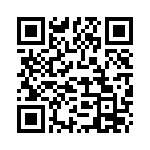