A great book on the history off science from a master story teller. After reading this book I was Grief stricken for not choosing science as a career of choice. After reading the paper back, I brought ... Read full review

What an awesome book! I loved Bryson's humor scattered throughout, and I loved how he was able to make very complicated scientific concepts simple enough for a layperson to understand without once being condescending about it. Everyone should read this! Read full review

Bill Bryson's bestselling books include A Walk in the Woods, I'm a Stranger Here Myself, In A Sunburned Country, and Bryson's Dictionary of Troublesome Words. He lives in Hanover, New Hampshire, with his wife and children. 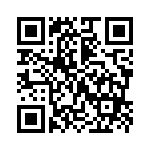