Interesting. This quite readable YA novel follows 17-yer-old Ellis over 24 hours, during which time he leaves his middle-class life to become part of a rather touching community of misfits who gather ... Read full review

It's 5:10 on a Friday afternoon and Ellis, 17, has just come home after graduating from prep school. He's walking through the streets reacquainting himself with his hometown and dreaming about the ... Read full review

Margaret Mahy was born on March 21, 1936 in Whakatane, Bay of Plenty, New Zealand. She received a B.A. degree from the University of New Zealand. She worked as a nurse, an assistant librarian, and a children's librarian in England and New Zealand. Her first book, A Lion in the Meadow, was published in 1969. She became a full-time author in 1980. During her lifetime, she wrote more than 120 children's books including The Haunting, The Changeover, Memory, The Seven Chinese Brothers, The Man Whose Mother Was a Pirate and A Summery Saturday Morning. She won the Esther Glen Award five times, the Carnegie Medal of the British Library Association three times, the Boston Globe-Horn Book Award, Hans Christian Andersen Award, and in 1999, she won the New Zealand Post Children's Book Award in two categories, Picture Book and Supreme Award. She died after a brief illness on July 23, 2012 at the age of 76. 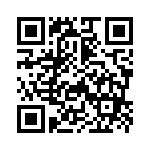