Alan EH Emery is a qualified physician, scientist and educator with wide experience of patient care and human genetics laboratory research. In 1966 he was first to describe a unique form of Emery-Dreifuss muscular dystrophy and to discover a significant biochemical defect linked to the pathogenesis of Duchenne muscular dystrophy. On this he wrote the first detailed scientific monograph in 1987 (Duchenne Muscular Dystrophy, Oxford University Press; 4th edition, 2014) and in 1989 founded the European Neuromuscular Centre to research related disorders. He has published over 400 scientific papers and written or edited 30 books regarding clinical, biochemical and genetic studies in neuromuscular disorders. For his work over the last 40 years he has received many national and international awards, including the Lifetime Achievement Award of the World Federation of Neurology. He is currently a Vice-President of the Muscular Dystrophy Campaign of Great Britain.

Francesco Muntoni specialised in Child Neurology and Psychiatry in Italy before moving to England in 1993. From 1993 he worked at Hammersmith Hospital's Neuromuscular Centre under the direction of Professor Victor Dubowitz and after 1996 as the Centre's Research and Clinical Director. In 2007 he moved with the clinic, pathological and research team to Dubowitz Neuromuscular Centre, UCL Institute of Child Health & Great Ormond Street Hospital (GOSH). He continues his clinical and research activities as Lead for the Nationally Commissioned Service on Congenital Muscular Dystrophies and Congenital Myopathies, Neuroscience Theme Lead for Institute of Child Health, and the Novel Therapies Lead for the GOSH Biomedical Research Centre. He is also co-director of the MRC Translational Research Neuromuscular Centre at UCL. In 2011 he received the Premio 'Navicella' for Medical Science Achievements at Castelsardo, Italy, and in 2013 became a Vice-President of the Muscular Dystrophy Campaign of
Great Britain.

Ros Quinlivan trained at University College London, initially in Psychology and, subsequently, medicine. Her post-graduate training was within London Teaching Hospitals. She has been a Consultant in Neuromuscular Disease for 18 years and has wide clinical experience of both paediatric and adult onset genetic muscular disorders. She is currently the Clinical Lead for Transition for Young Adults with Neuromuscular Disease at Great Ormond Street Hospital and The National Hospital for Neurology and Neurosurgery. She leads the Nationally Commissioned Service for McArdle Disease and related disorders and is joint co-ordinating editor for the Cochrane Neuromuscular Disease Group. In 2010 she was named the Muscular Dystrophy Campaign's 'Clinician of the Year', and is currently an editorial board member for the journal 'Neuromuscular Disorders'. 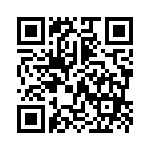