Dale Volberg Reed is a freelance musician and writer. John Shelton Reed is founding coeditor of the journal Southern Cultures. He is the Mark W. Clark Visiting Professor History at The Citadel, and William Rand Kenan Jr. Professor Emeritus of Sociology at the University of North Carolina, Chapel Hill. The Reeds are coauthors of 1001 Things Everyone Should Know about the South. The Southern Foodways Alliance documents, studies, and celebrates the diverse food cultures of the changing American South. It is a member-supported organization of more than 1,000 cooks, thinkers, academics, writers, and eaters. Atlantic Monthly called the SFA "this country's most intellectually engaged (and probably most engaging) food society." www.southernfoodways.org. John T. Edge is director of the Southern Foodways Alliance and Cornbread Nation general editor. He is the author or editor of more than a dozen books, including The New Encyclopedia of Southern Culture: Foodways and A Gracious Plenty: Recipes and Recollections from the American South. Edge contributes to a wide array of publications, including the New York Times, Oxford American, and Garden & Gun. www.johntedge.com. 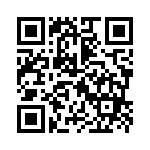