Marata writes a variety of dark fiction in the genres of erotica, fantasy, horror, romance, suspense and sci-fi. She lives in the midwest with her family and pair of disrespectful dogs.

NOVELS ( 40K words +):
A TERRIBLE LOVE; NYT bestseller
A BRUTAL
TENDERNESS THE DARKEST JOY
CLUB ALPHA
ONE of MANY
IN BROKEN LOVE (2018) 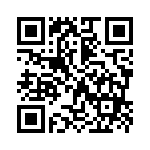