Page 31
31 was approved by the general opinion troops would be a long time exposed to he would concur , but objections being the fire of the enemy ; that the transmade by Adm . Hawke and Gen. Corn- port boats , which were to be rowed by wallis ...
Page 32
Mordaunt , , to two diftinct objects , the attack of there were many troops , and M.Senecterro , Rochefort , which was given up in the a Marshal of France , then at Rochefort . council of war of the 25th , and the land- For .
Page 384
The zoth , the wind blew hard in the af- On the Sth , the troops were allembled ternoon ; the ships were greatly dispersed . in the boats before break of day , in three The zift , the wind sometimes contrary , divisions ; and Commodore ... 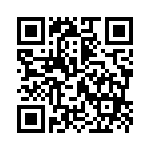