Karma Lekshe Tsomo is Professor of Buddhist Studies at the University of San Diego. Her many books include Eminent Buddhist Women and Buddhist Women Across Cultures: Realizations, each published by SUNY Press. 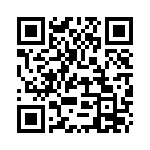